WE KEEP ON IMPROVING AND DEVELOPING

391
According to our tradition we reward our best workers according to the 5C system. This year workers of the Production Hall won the awards. So, among the best production specialists Konstantin Ignatenko have won the third place, Mangush Ivan the second and Shmanaev Dmitrii – the first place. In category “The Best Working Place” the best was Zhivolup Alexandr, the second – Tonkonozhko Volodymir, and the third – Skripnik Nikolaii. In the nomination “The Best Company's Division” the first award was won by the specialists from the tool workshop. We congratulate the winners and wish them further career development, success and victory in all endeavors! 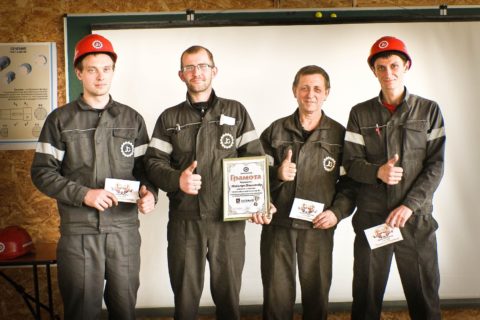